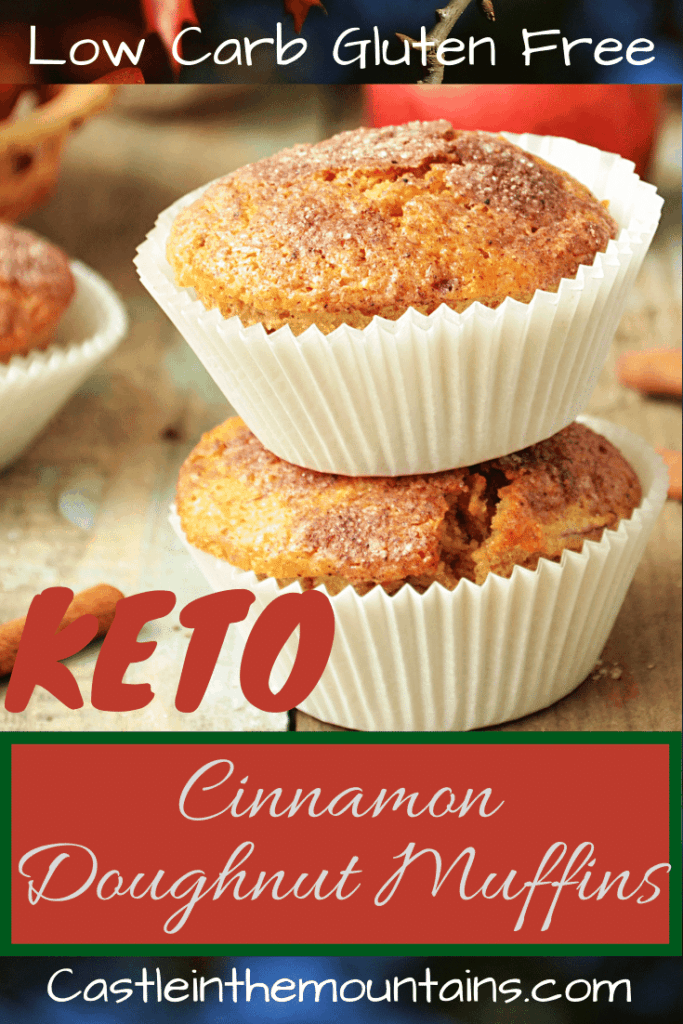 Cinnamon Doughnut Muffins are easy to make and great right out of the oven. They are also an easy portable snack.

Muffins in general are a great way to get your Keto on.

And these Keto Cinnamon Doughnut Muffins really taste like a fluffy cinnamon cake doughnuts.  If you poked a hole in the middle it would be a doughnut.

I really want to try one of those doughnut maker things that are like a waffle iron but doughnut shapes. But I really only want one to satisfy the curiosity.

But I do think I can talk Brandy into one of those doughnut shaped muffin tins - and due to the fantastic popularity of Keto donuts I think I am going to have to tell her it's a must.

I love doughnuts, in fact I think it was in-large-part my love for doughnuts that made me heavy and inflamed before I got into Keto.

Sure, I saw a dozen of the sweet treats as something that could be shared. But I usually limited my sharing to one or two other people because I liked more than one - usually a lot more than one.

You are still going to  want to find someone to share them with - 6 of them weigh in at a whopping 942 calories.

Now let's get to making some Keto Cinnamon Doughnut Muffins.

We count this as an easy Keto recipe because even though there are quite a few ingredients, it is still mostly a matter of mixing them up and putting them in the oven.

There are a few little tricks sprinkled in here to help you achieve maximum deliciousness.

One of the greatest things about cooking your own food is that you get to season and spice your food as much as much or as little as you want.  Add more of what you like and leave out what you don't.

I made this recipe according to what I thought most people would like and expect from Keto Cinnamon Doughnut Muffins.

Allspice is optional because while it does add some interesting floral hints that accentuate the cinnamon and cloves, it is also expensive and not really as common in most peoples' spice racks.

Almond Extract is optional because with the almond flour there is a really nice nutty flavor to these muffins, and the addition of the almond extract will add to that.  It will also really bring together the the other spices, particularly the cinnamon and cloves.

Orange Extract is also an option in this kind of recipe.  It will play nicely with the cloves and ginger for a well balanced taste.

At high altitudes - cakes and muffins have a way of puffing up and then falling back down again before they are done.

But there are some things you can do to stop that from happening.

When I was a kid - oh way back in the bad old days - a couple of times a year - usually en lieu of a birthday cake - my Dad would break out the deep fryer and make a grand mountain of doughnuts.

I'm not sure if it was the only doughnut recipe we had or if it was just the favorite, but I don't remember homemade doughnuts that were not covered with cinnamon & sugar.

As soon as they came out of the deep fryer we'd shake them in a paper lunch-bag full of cinnamon & sugar.

Now, I don't think it will work to shake Keto cinnamon donut muffins in a bag, but don't worry you can still get that taste.

Granulated Erythritol and cinnamon together are wonderful, and if you add a little butter, what could be better?

So here's how to do it:  take a ¼ cup of allulose (or other granulated sweetener) and mix it with a teaspoon or so of cinnamon (more if you like cinnamon).

Then you melt about 2 tablespoons of butter.

Use a basting bush to spread the butter on top of the muffins.

Then sprinkle the cinnamon sugar on top of the butter. 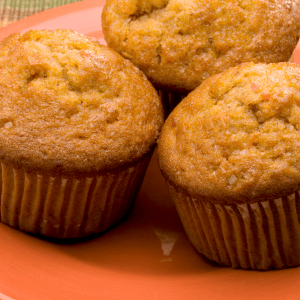 Thom
A doughnut is coffee's best friend. And you don't have the miss that just cause you're Keto. These Keto Cinnamon Doughnut Muffins are perfect with coffee. Easy to make and everyone will love them.
4.41 from 5 votes
Print Recipe Pin Recipe

To Make the Muffins

The nutrition information and macro proportions are provided as a courtesy and we try to be accurate, but if they don't look quite right please feel free to do your own calculations.

Check out all of the other recipes at CastleintheMountians.com  and enjoy your treat!

Until next time Awesome Keto People!