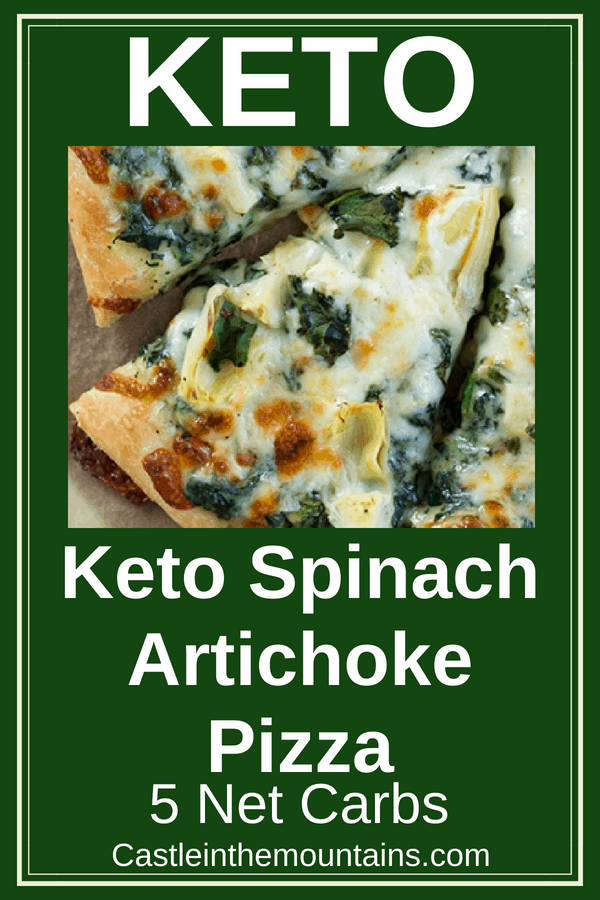 I never imagined a diet where pizza was on the list of approved foods. Pizza goes against everything we have ever learned about healthy eating right?

Happily, we can have grain free pizza without packing in the pounds. It's a delightful and healthy food for the Keto Diet and Lifestyle.

I think it helps to have the foods that you love on the list of foods that support your weight loss goals on the Keto Diet. It makes "dieting" feel less like a sacrifice and more like a sustainable lifestyle.

This crust can be rolled ultra thin or you can keep it thick if you like that better. Either way the nutritional information is based on the crust being sliced into four even slices. Just remember to keep track of what you put in it so you don't  blow your calories or carb counts for the day.

If you like spinach and artichoke pizza, I will post the recipe that can be used as a topping or a dip under the pizza crust.

And, the nutritional composition is already figured out for you. 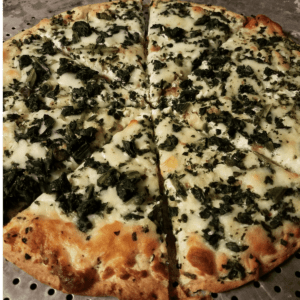 Thom Collins
Being able to eat pizza on the Keto Diet is amazing. This pizza crust is delicious and easy to make. You dont have to miss out on your favorite foods to lose the flab.
4.5 from 2 votes
Print Recipe Pin Recipe
Prep Time 30 mins
Cook Time 15 mins
Total Time 45 mins
Course Main Course
Cuisine Italian
Servings 4 Servings
Calories 202 kcal

Thom Collins
A great Keto pizza recipe is an awesome find, and this one is great! Keto Spinach artichoke pizza is absolutely delicious and low carb. Put it on a an easy Keto fat head pizza crust and you have a fabulous low carb meal. Including prep time you should be able to make it in about an hour.
No ratings yet
Print Recipe Pin Recipe
Prep Time 40 mins
Cook Time 8 mins
Total Time 48 mins
Course Main Course
Cuisine American
Servings 4 Servings
Calories 352 kcal

Putting it All Together

Store bought pizza and marinara sauces have a ton of sugar in them to cut the acidity and appeal to the Western diet, so if you decide to buy your sauces please check the label.

There have been a ton of sugar free convenience foods popping up lately and that's great news for Keto lovers as long as the sweeteners they are using are safe. Check out Keto Candy if you want to know more about sugar free sweeteners. Not all of them are as safe and side effect free as manufacturers would like you to think.

As great as the Keto Diet is, some effort has to be put into it and that means making your own foods most of the time. The whole premise is eating whole healthy foods that are low in carbs and high in nutrition.

Just because something says its sugar free doesn't mean it's healthy. Sure, you'll still lose the weight but it's my hope that you want to be healthy, not just skinny.

I am really sick of the Keto Hacks that are popping up everywhere telling people that they can eat bacon everyday and be fine...you can't. It will make you sick eventually. Thom is going over this in his new book that will be out by the end of November so I won't get all sciency as to why eating cheap meat is bad for you, but it is.

I prefer sliced tomato's to sauce because I feel like its healthier and lets face it...it's easier too.I just like the taste better.

The Spinach and Artichoke sauce above is delicious and reminds me of the first "White Pizza" I ever had. I had been pizza adverse since my pregnancy with my oldest daughter and hated tomato sauce.

But one night at Applebee's with my friends we decided to split a white pizza and I have been in love with it ever since.

It was a gooey and buttery high carb heaven. Mozzarella cheese and spinach compliment each other perfectly and the artichoke hearts add just enough twang. Of course, I didn't count carbs at all back then and only had to work out a little bit harder to counteract those white pizzas and Blondie brownies a la mode.

My body has rebelled against me...

As the sands of time have shifted, so has my ability to outwork my ever slowing metabolism.When I started the Keto Diet I was walking four miles a day 4-5 times a week and it didn't do ANYTHING to help me lose the weight. I just kept getting bigger.

It's a theory of mine that the wreckage of the Western Diet that I have filled myself with for years has damaged my body.

We know the dangers of sugar now and it has been found to cause disease, obesity and a host of ailments.

So, it stands to reason that this substance that I allowed myself to consume over the decades has wrecked havoc on my metabolism. It damaged my body and will take a lot longer to heal than it will to just simply shed the pounds.

Think about it...do you ever watch old movies or look at old photos (Pre McDonalds and convenience food era)?

If you do you'll notice that obese people were the exception, not the rule. Now the script has flipped and a thin person is the exception.

I live in Colorado, and it has been deemed one of the healthiest states. And, even here the "thin" people who exercise and lead a super active lifestyle tend to be much heavier than their grandparents ever were.

Why? It's not because they sit around and eat potato chips, it's because they bodies have been damaged by the unhealthy, high carb convenience foods they have been fed since they were old enough to hold a spoon. Even babies are fed fruit purees animal crackers and the ever popular toddler treat, Cheerios.

I am not judging anyone for this. I did it too. I fed my oldest daughter jarred baby food, cookies and even watered down apple juice.

I really thought I had it figured out when Ada came along twelve years ago. I looked down my nose at fruit juice and opted for homemade fruit puree instead. In hindsight, it's not really much better.

Lucky for her, we did start eating healthier much earlier in her life than most people do. Rarely does she have sugary treats and when she does, its not much. She just hasn't developed a taste for junk food the way that I allowed her sister to.

We jokingly call my oldest daughter the "practice kid". But it's not really that funny. I made a ton of mistakes that I didn't realize I was making. Food habits are just one of the many and she constantly struggles with it.

My Tween doesn't eat strictly Keto. But she eats what we eat so most of the time her carb intake is fairly low. She is thin and athletic but it's my hope that she stay healthy...not just thin.

Food is a big deal in our home because we write about it, experiment with it and talk about it a great deal of the time...by the time she is an adult she will be in a much better position in terms of not damaging her metabolism than I was.

Can you help me out?

I really want to know if other people on the Keto Diet are feeding their families Keto Friendly Foods?

I don't mean being a total carb dictator...but do your kids embrace the changes you have made or are they still eating a totally Western Diet of 65% carbs?

Either shoot me an email @brenna@castleinthemountains.com or leave a comment below.

As always, let me know if you have any questions or have made any improvements to this badass recipe for Spinach Artichoke Topping or the Pizza Crust.

I'm the Queen B here @ Castle in the Mountains. BSN, MBA.