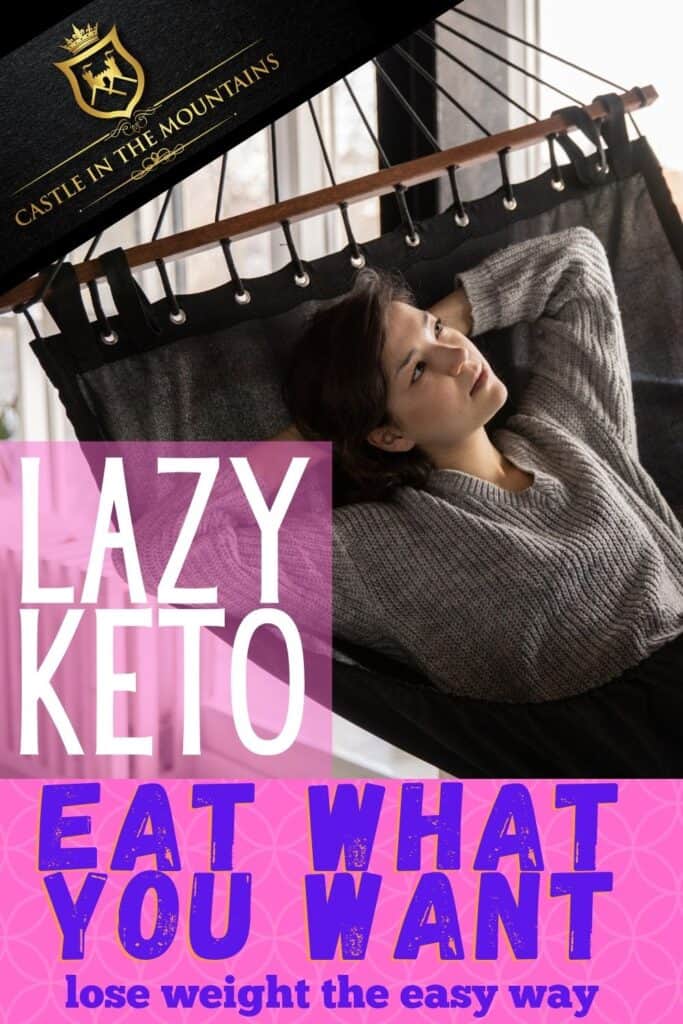 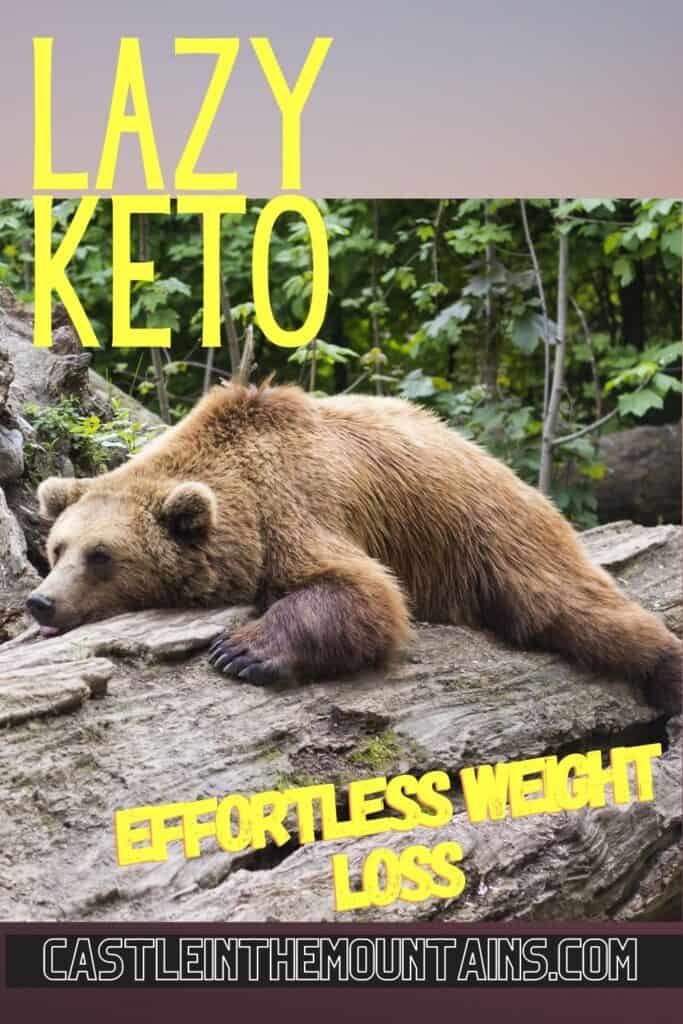 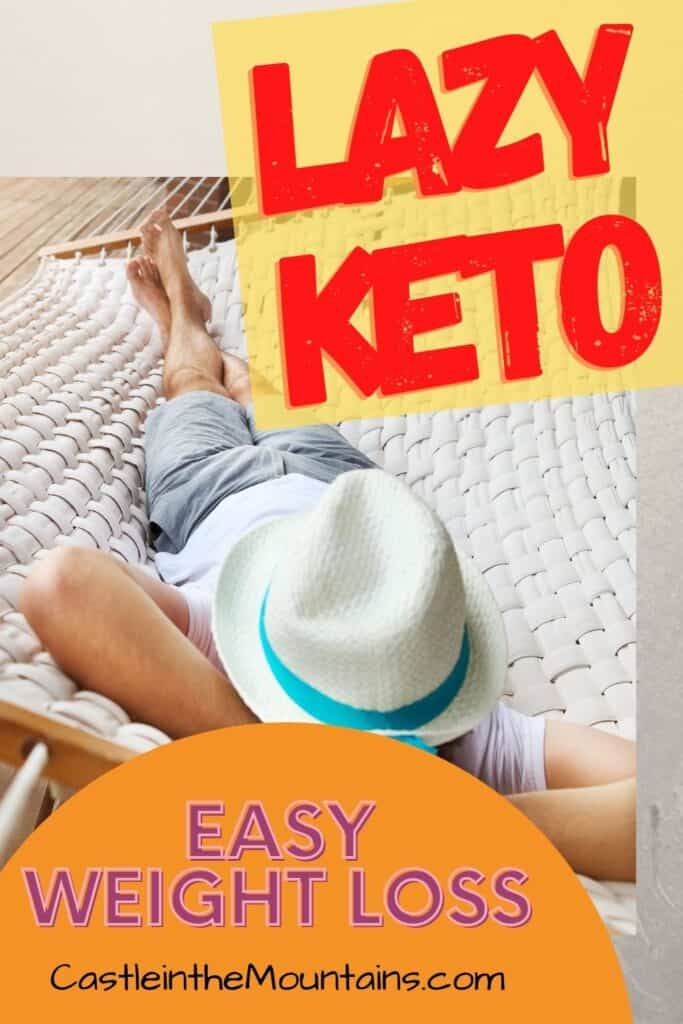 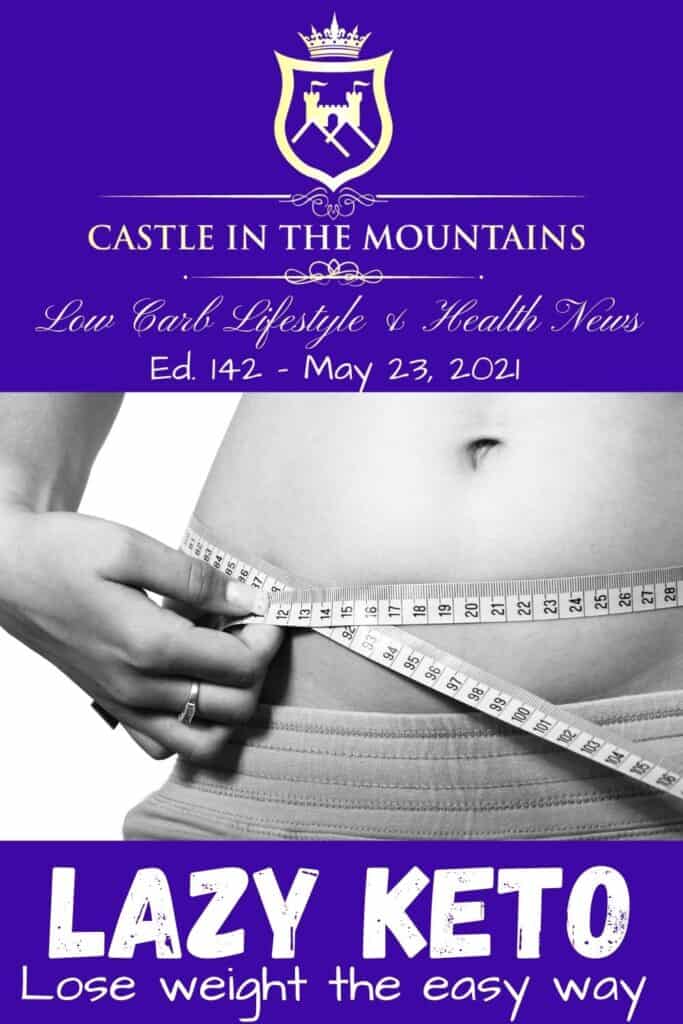 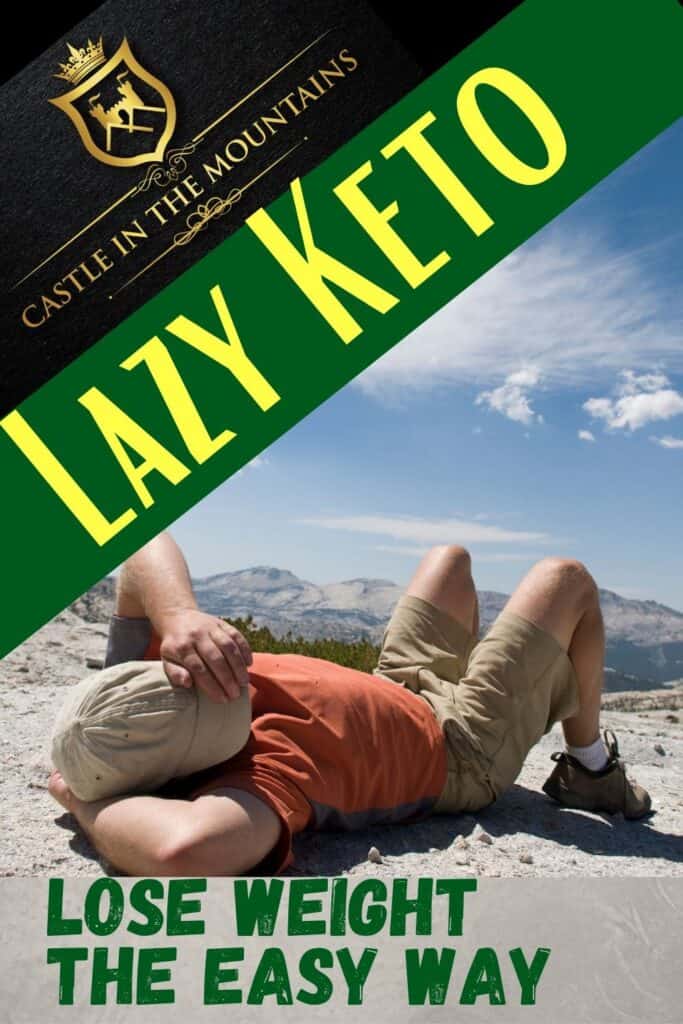 Lazy Keto? Let me tell you a story about sitting.

Yesterday I sat in my big leather chair for three and a half hours binge watching Game of Thrones. (great show)

I only got up to get a club soda, and I only did that when I couldn’t get Ada to get it for me.

I’m not always a lazy man but I have my moments.

I have discovered that Keto is a great thing to be lazy about.

I’ve heard some clever people say that “you can’t get the ass you want by sitting on the ass that you have.” - I’m calling BS on that.

To have that slim healthy body, you don’t have to stick to every detail for all time.

And you don’t have to hire a drill sergeant to scream at you in a most humiliating way anytime you even start looking like you are going to eat carbs.

Set it up right & you can be lazy about your Keto.

You will need some solid discipline in the beginning and that can get pretty hard, but you can’t live like that forever and you won't have to.

We have lots of posts at CastleintheMountains.com that can help you:

If you just want it all laid out for you in one place, for $7.99 you can get my  No Nonsense Keto Guide.

I’m here for you if you need help I  answer emailed questions at Thom@castleintheMountains.com.

One well publicized “problem” with the Keto Diet  - that I think is just wrong - is that it is purportedly so restrictive that you can't possibly stick to it for an extended period.

You just can’t hold out in the Keto castle while you're under siege from the sweet and delicious un-Keto “real life.”

I haven’t tracked my macros in years, and I pretty much eat what I want.  And I have maintained a healthy weight and I spend most of my time in ketosis.

So when it comes to this idea that Keto is to restrictive and unsustainable, I think I have the right to call BULL SH********T.

When it comes to dieting, I am essentially a lazy person.

Maybe not Big-Lebowski lazy, but pretty lazy. And, I love to eat.

I have also been Keto for over three years now, and I have lost over 50 pounds and kept it off.

Best of all I feel great, not hungry or deprived at all.

How can this be?   It is the Lazy Keto Diet.

It's true that for the first 3 weeks of my Keto journey I was a Keto Nut.

I read every label, I tracked everything - everything I put in my mouth.

I made damn sure that I hit my macros everyday.  It took time and energy and yes even discipline.

I might have been unbearable - you could ask Brenna about that.

After a week of this there was no question that I was in ketosis.

Two weeks in , I was really getting the hang of it.

Here's the best thing though, I didn’t have to continue being the Keto Nutcase.

At about the three week point, I switched from the “Severe Keto Diet” to the “Lazy Keto Diet,” AKA Keto Lifestyle or Keto Habit.

My habitual way of looking at food changed from “can I eat that?” to “should I eat that or do I really want to eat that?”

Even my taste changed. I lost my taste for doughnuts and other sweets.

I've also gotten in the habit of checking out my thinner self in mirrors and shop windows. It’s pretty cool.

Oh, I can hear the rumble of disbelief - “there is no way that you can tell me that you don’t cheat.”

And to be clear, I am not telling you that. I’m not a rock of hardened Keto habits.

I don’t think anyone is really that nuts about Keto, and if you are you need to get a life.

My life has more to it than just Keto, there are holidays, birthdays, and travel and Lazy Keto is the way to fit it all together.

Brenna makes eclairs for special occasions and they are like a taste of heaven. My sister-in-law makes cakes that are certainly worth the carbs.

I am going to enjoy holidays, weekends and celebrations of all sorts with small servings of deserts. Perhaps a beer or two.

But I will be having a little watermelon, maybe some corn on the cob, and at the end of the summer I will be eating some peaches.

What happens when you cheat?

To answer that question, let’s review what our bodies are set up to do.

When you eat carbs, first they are changed to glucose/blood sugar.

That blood sugar stimulates your pancreas to release insulin, and insulin tells your muscle cells to open up and take in the sugar.

In the muscles (and some in the liver) the sugar is turned into glycogen.  We store some glycogen in our muscles as ready energy.

Glycogen is always going to be burned first.  And it will also be replenished as long as there is sugar and insulin in your blood.

The average person’s muscles and liver can store about 600 grams worth of carbs as glycogen (that is 2400 calories of carbs).

Once we get to that 600 grams, the only place for the blood sugar to go is into fat.

Ketosis is where the muscles have no glycogen to burn so they send the message to the liver to turn fat into ketones.

Ketones are then released into the blood, absorbed as needed and burned by the muscles.

The excess ketones are excreted in urine - that is how those pee strips work.

How I do Lazy Keto

My typical Lazy Keto day starts with black coffee at about 8:00am after I walk or run with my dogs. No calories, no carbs and no insulin.

Sometime between Noon and 2:00 pm I have a very Keto light lunch - usually a salad or an omelet. Most Calories from fat, almost no carbs and, and almost no insulin.

Between 6:00 and 8:00pm I eat what I want.  This works for me because I like food that is high in healthy fat and low carb, and that is what Brenna makes.

Dinner has some carbs. The insulin might knock me out of ketosis for a few hours.

But I will burn those carbs while I sleep, so from the time I get up until dinner the next day I'm burning ketones.

There are holidays, vacations, celebrations, visitors and the list goes on.

As a lazy man, I don't want my "diet" disturbing my life.

But the neat thing about non-typical things is that most of the time you know that they are coming.  And you know that people are going to have parties or what ever.

The Fourth of July never comes as a surprise to me, and I know that there will be BBQ’s  - so I plan for it.

For me this means that I have no calories from any source until I get to the party, and then after the party, nothing until late in the next day.

Example 1: Knocked Out of Ketosis

This is probably the most common, you eat a few more carbs than your personal macros allow.

Last week I had a sandwich at Cheba Hut with bread and everything.  This sandwich had about 80 net carbs, and for me, that is about 50 carbs over my limit.

I probably got “knocked out of ketosis.”

But then I got right back in ketosis because all I needed to do was burn the 50 carbs (200 calories) worth of glycogen. Then I was back to burning ketones.

So I was probably only out of ketosis for a couple of hours, because I am pretty active, and I have a high BMR (base metabolic rate)

You should always be conscious of carbs, but as long as you don’t get crazy, you can have a little when you want.

Enjoy them, maybe do a little extra exercise, and get back to the Keto lifestyle.

Keto is the habit, carbs are the exception.

I don't recommend you try this, but bare with me.

Okay, let’s say for whatever reason, you get up one morning have a box pop tarts and a half a pound of chocolate for breakfast that you wash down with a 20 oz. Mountain Dew.

Then because you haven’t had quite enough, you have a couple plates of pasta for lunch and potatoes au gratin for dinner.

Just for the sake of the example let’s say that’s 1000 grams of carbs.

Basically, this is the same equation with bigger numbers and some left over that WILL turn into fat.

Remember, the fat you ate during this time, will also be stored as fat.

The protein you ate will still be used to build and maintain muscles unless you ate too much.

If you eat more protein than you need the excess will be turned into sugar, and then into fat.

This carb bender would definitely be a step in the wrong direction, but it would not be the end of the world as long as you don’t continue gorging yourself on carbs.

After the bender, if you stop eating carbs, it will probably take you from one to three days to get back to ketosis.

Without replenishing it, you will have to burn off 600 grams (2400 calories) to deplete the glycogen in your system and then you can get back to burning fat.

So there you have it how you can have a Lazy Keto Diet, and a stay in ketosis and have a life at the same time.

Keto won’t take away your birthday if you have a few extra carbs, you don’t have to skip the holidays, and you should never ruin a good party.

The Keto lifestyle is a about living, not about torturing yourself with a restrictive diet.

If you get a little off track, get back on track.

And, if you get a lot off track, same thing.

Most of all, enjoy your "cheat" days. Call it a guilty pleasure if you want.

Just don't let cheating become a habit. Keto should be your habit, carbs should be the exception.

That's All For this Week,