Home » Keto Diet Tips » How to Avoid a Toxic Diet

A long healthy life is a good thing only if you enjoy it.  You should enjoy your food, but try to have a non-toxic diet.

Good tasting food is a huge part of my life.

If I could live to 100 by eating nothing but raw organic kale salad, I would die early happily eating the food I enjoy.

I have been able to do that on Keto that is why I have made all these recipes.

Clean eating is really important but it can also be confusing.

Is fish still good for you?

Are eggs good or bad for you?

is there really such a thing as healthy fat?

It is a problem for processed foods, meat, dairy, even fruits and veggies.

There are even toxins in the water bottles and other food containers?

The goal is to eat better

Eat better than you have been and be healthier & happier today than you were yesterday.

There are chemicals allowed in our food that if we continue to eat them will make us fat, sick, and even stupid (for real, check out what mercury and lead do to you).

This is an issue for every modern person.

But if you’re losing weight - burning fat - on the Keto diet clean eating is even more important.

The reason for this is evolution.

In the way back times our ancestors would just eat anything they could get their hands on and sometimes that included toxins.

In order to protect ourselves from the those toxins and allow ourselves to continue eating without getting sick our bodies just stored the toxins in a part of our fat called adipose tissue.

So now when you eat food with pesticides, or growth hormones, or lots of that bad stuff, it is stored in your fat...until you burn it.

When you burn body fat the fat-stored toxins are released into the blood stream. Then your kidneys and liver need to deal with them, and eventually excrete them.

While those toxins are floating around in your blood you may not feel all that great because of them.

You can’t do anything about the amount of toxins currently stored in your fat, but you can reduce the load on your liver and kidneys by not eating any toxic food while you're burning body fat.

Or in other words, make it so that your liver and kidneys only have to deal with the toxins you already ate.

To make this a manageable chunk of information, I am going to limit myself to the fat-stored toxins that are prevalent in the American food system.

And if it seems to expensive we have a guide to Keto on a budget. It has suggestion on how to eat as cleanly as possible without taking out a second mortgage.

Before I begin with GMO I want to be clear.  DON'T EAT GMO FOOD.  It is a little confusing, but the GMO food that is in your super market is toxic.

GMO: Genetically modified organism, It sounds bad, but the GMO's by themselves are not dangerous.  They are just plants with a few tweaked genes to make them resistant to an herbicide that kills weeds, and all of the other non resistant plants.

Monsanto - the maker of Roundup - claimed the GMO crops are safe.

That’s technically true but they only tested GMO crops that weren’t sprayed with Roundup.

Then Monsanto said that glyphosate - the active ingredient in Roundup - is safe for humans.

That is also sort of true because by itself glyphosate is not absorbed at levels that are toxic to humans.

So when they tested pure glyphosate it came up not too toxic.

But again, glyphosate is not the only ingredient in Roundup.

When the whole Roundup herbicide was tested at levels that are found on food sold in the supermarket, it was found to be 125 times more toxic than glyphosate by itself.

At concentrations smaller than the 1-2% sprayed on crops, Roundup causes toxic and hormonal effects.

What can be done:  Don’t eat GMO food.

These sound horrible and they are. POP are mostly pesticides and byproducts of industrial processes.

What makes them persistent is that they don’t break down like other organic molecules.

Once released into the environment, they just stay there until they get in the food chain..

There is a lot sciency stuff with this, but generally what happens is when these toxins get in the food chain, they accumulate in the fat of animals, and continue up the food chain until they find their way onto your plate.

POP’s include such infamous names as:

Exposure to POP’s can cause all kinds of problems from cancer, diabetes and hormone disruption to infertility and reproductive problems including birth defects.

What can be done about POP's:

Get your meat and dairy from organic grass-fed sources. Thoroughly wash veggies before eating them.

Buy organic veggies when you can.

Lose weight and get some exercise.

There has been a lot of hype surrounding BPA, and it is very confusing.

Interesting fact, BPA was developed a over a hundred years ago as a synthetic estrogen supplement.

It wasn't until the 1950’s that the plastic industry discovered how it could be used to make plastic soft and flexible.

BPA is one of the most studied chemicals in history.

New studies on BPA come out at least every week.

So you have to wonder why are we so confused.  Why don't we just ban it.

The problem here is that estrogen doesn’t follow the old maxim “the poison is in the dose.”

Normally, the safe amount of a toxin is determined in an animal study by giving rats enough cause health problems.

Then giving them less and less until the problems go away.

Then a little buffer is added to that level, and that is what is considered a safe level.

If you do that with BPA, the health problems stop at 100 nM.  At 100 NM your response is almost the same as at zero nM of BPA.

But the biggest effect of BPA actually occurs at 30 nM. This is right above the average in the American diet..

The average American's level is 20 nM.

So a little extra BPA would likely push you to the worst level which is well below the level that is considered safe.

What can be done: Food packaged in BPA plastic is the biggest human exposure to BPA.

So if you don’t buy food that is packaged in plastic, or plastic lined containers that should take care of most of the problem.

If you stop buying food and drinks in plastic, it will also be great for the environment.

I know how hard this is to do.

It burns me up to see things like "organic free range eggs" contained in three layers of plastic like Nellie's Eggs are. Why do they do this?

You can also reduce your BPA levels by 66% by eating nothing but whole fresh un-packaged food for as little as 3 days.

PAH are produce when you BBQ, broil or smoke meat at high temperature.

For some reason it doesn’t apply to chicken or fish, but only to beef pork and lamb.

This charbroiled taste can increase your risk for all sorts of cancer in the digestive tract.

Studies say that there is a strong genetic component to PAH cancer danger.

For the people who are predisposed to these cancers, PAH can increase your risk as much as smoking.

What can be done: Don’t cook meat at too high a temperature, and minimize smoke.

These are just a few toxic problems that our bodies are facing.

I know that this is not very appetizing.  And I know that it seems like there is nothing to eat that won’t kill us.

But we still have to eat.

But even after spending the day writing about toxins in the food we eat I am still looking forward to dinner.

There is no perfect food, but there are some foods that are much better than others, and I recommend sticking to the least toxic food you can find.

Overall, what can be done?

You can’t un-eat all of the bad stuff that you’ve eaten in your life. But you can get most of those toxins out of your body.  And you can stop putting so many toxins in your body.

Now you know where they are and you can avoid them.

If you burn fat it will release the toxins along with fat into your blood stream.  If you help your system out by eating less toxins, you may not even feel it.

Vitamin C: The effects of many toxins are counteracted by vitamin C.  It's also a strong antioxidant. Eat raw broccoli and chew it well or chop it or blend it an hour before cooking.

I know that seems pretty specific, but there is a liver detoxing enzyme called sulforaphane.

Broccoli is the the best food source of sulforaphane even though there is no actual sulforaphane in broccoli.

What's in broccoli are two other compounds, myrosinase and glucoraphanin.

When these two compounds are combined they make sulforaphane.

if you want to maximize the detoxifying effect, chop chew or blend the raw broccoli and then don’t cook it for a while.

If you cooked the broccoli without chopping etc. you would only get about one tenth of the sulforaphane. Short Video here

One of the ways that your body excretes toxins is through sweating.

Even if this just mean turning up the heat or getting into a sauna.

Your body is trying to cool itself and to do that it increases circulation and excretes sweat which carries away toxins.

If you are new to fat burning and Keto, you might want to start slowly.  Maybe a casual stroll in the park.

Your body is set up to rid itself of toxins and one of the ways that it detoxes is through the lymph system.

The lymph system is a passive circulatory system which means it needs your muscles to move in order to work.

You don't have to do any intense weight lifting.  A casual walk, light yoga, or a slow swim will do the trick.

The Grand Take Away:

Remember all else being equal, we live in a wonderful time for eating.

Know what you're eating - read the labels and do a little research.

Do the best you can to eat as clean as you can.

And above all enjoy your food...if you really enjoy eating something by all means eat it!

And there is more great Keto Info at CastleintheMountains.com 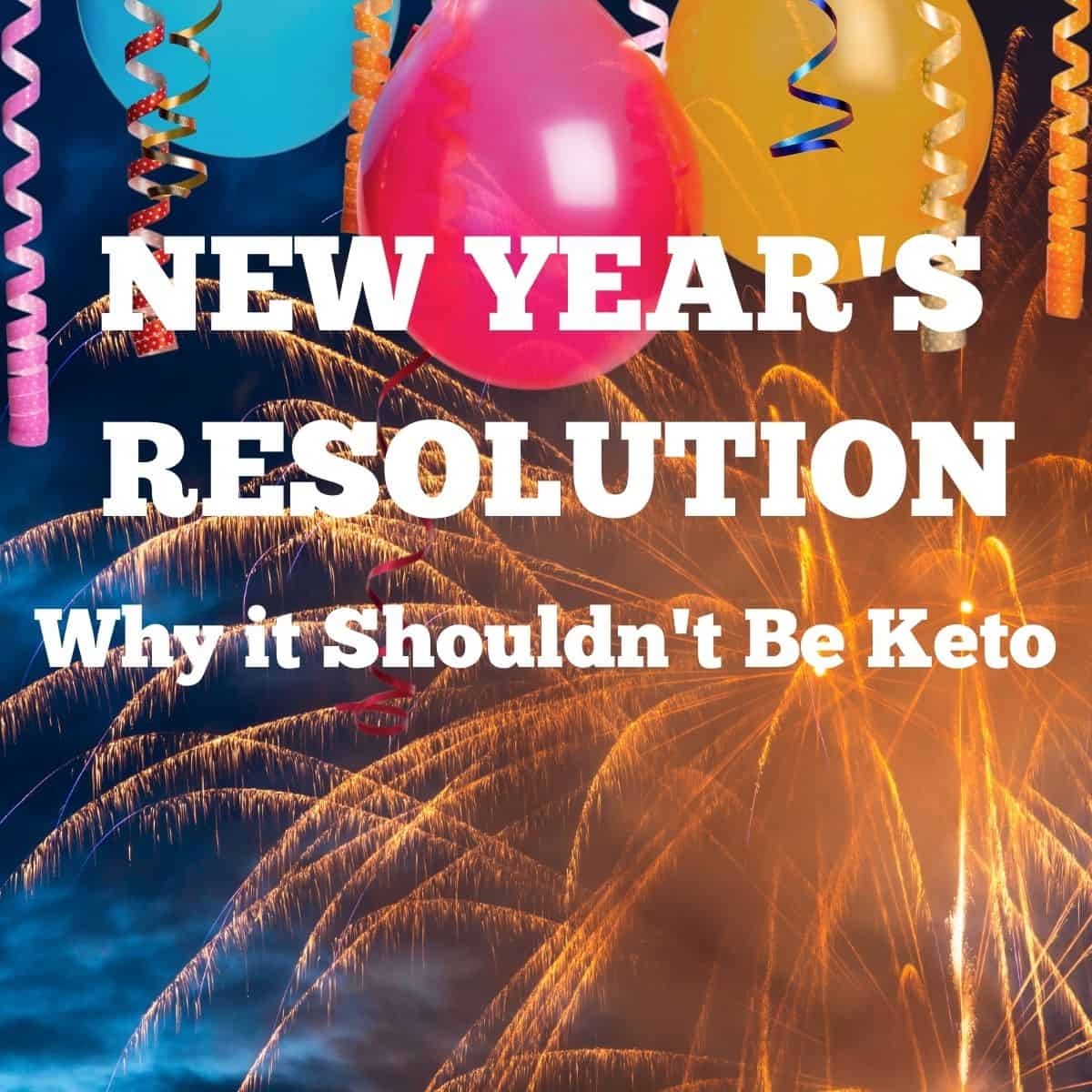 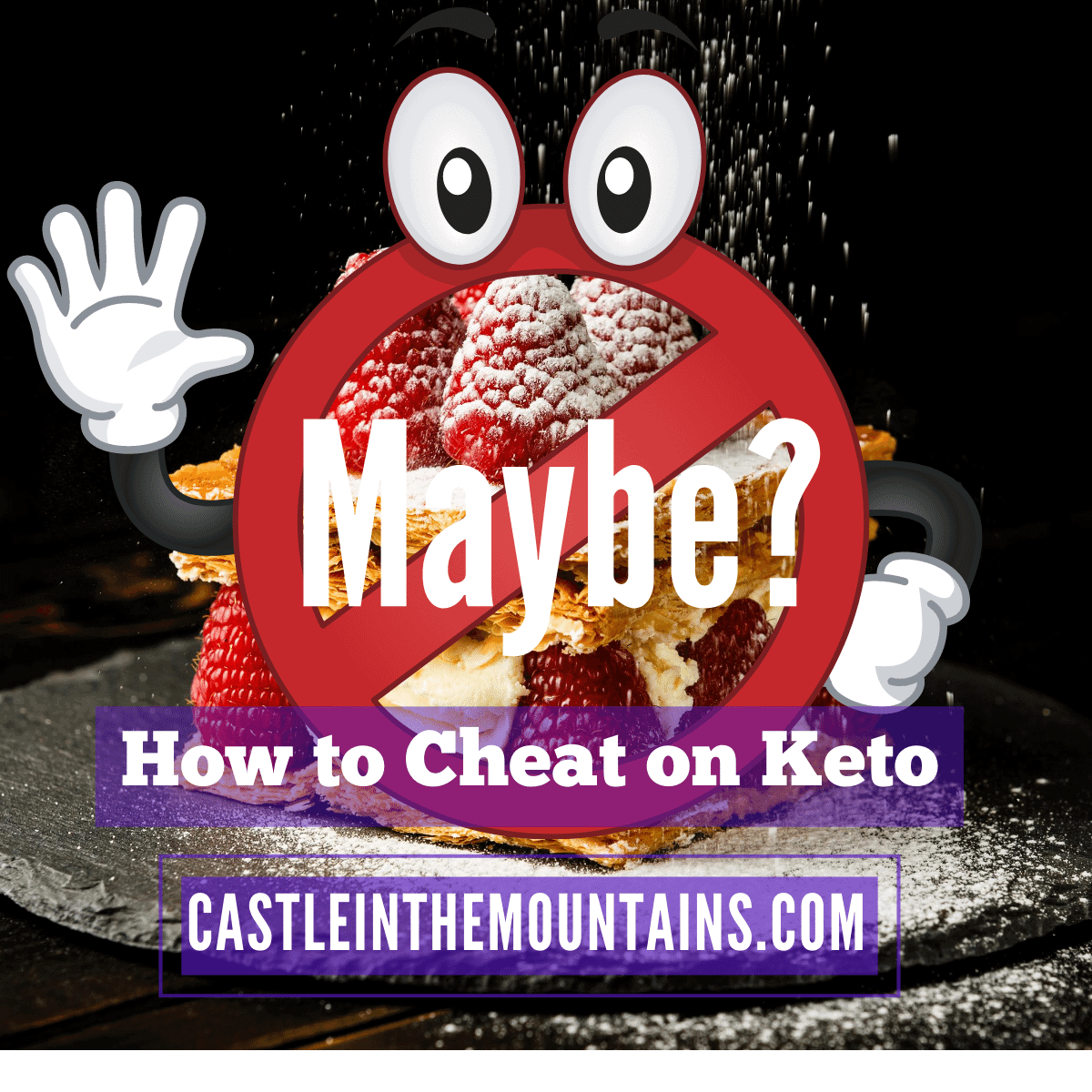 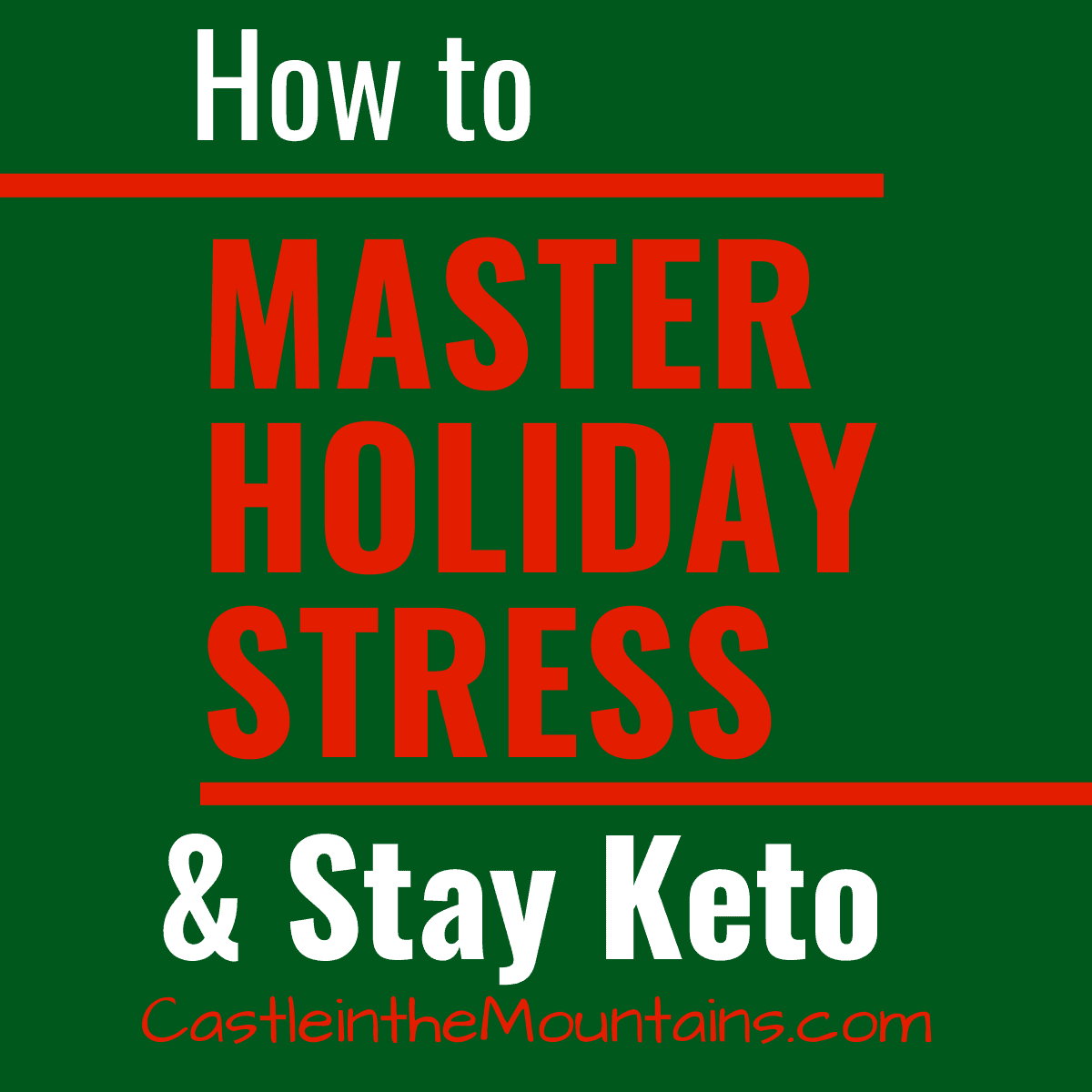 How to Master Holiday Stress 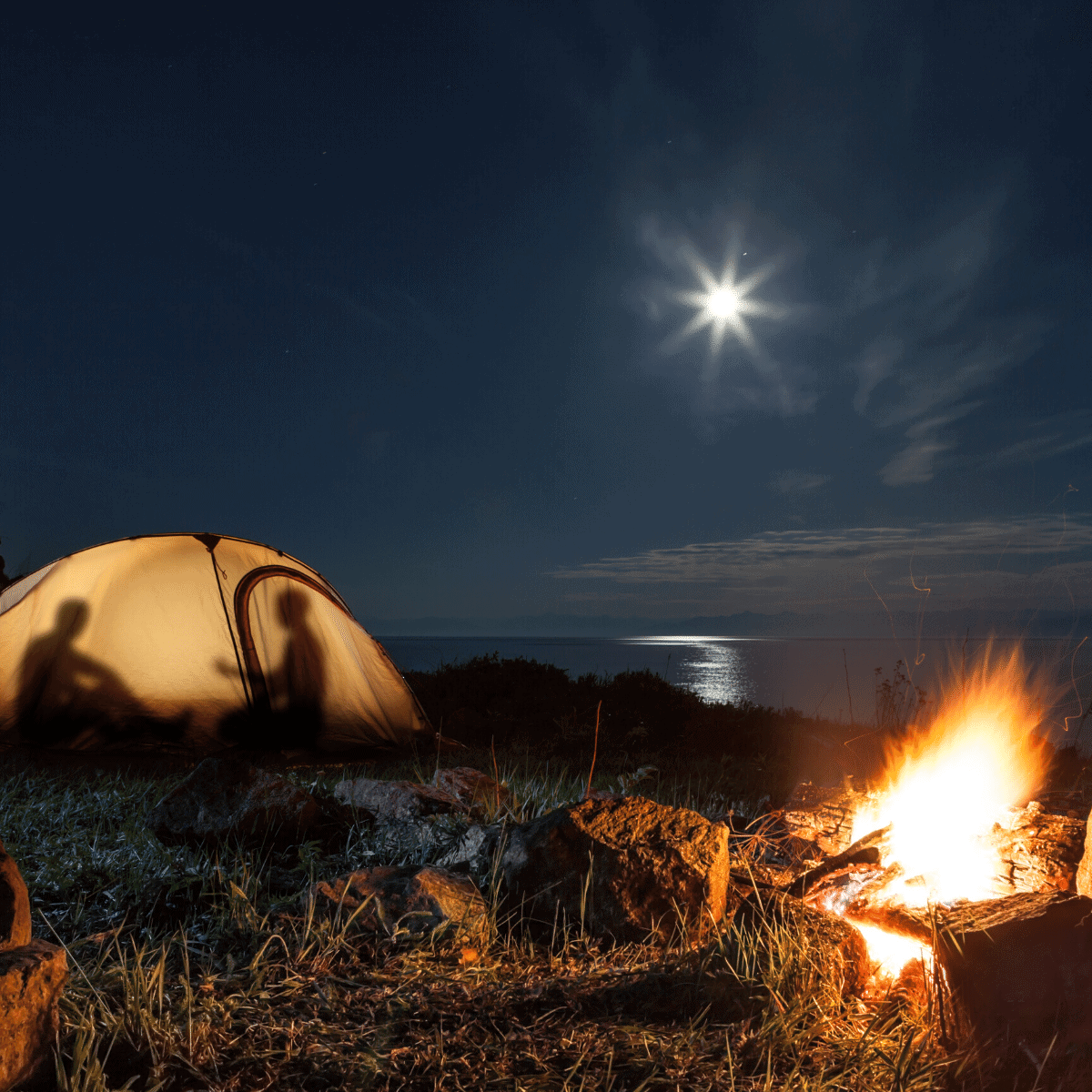 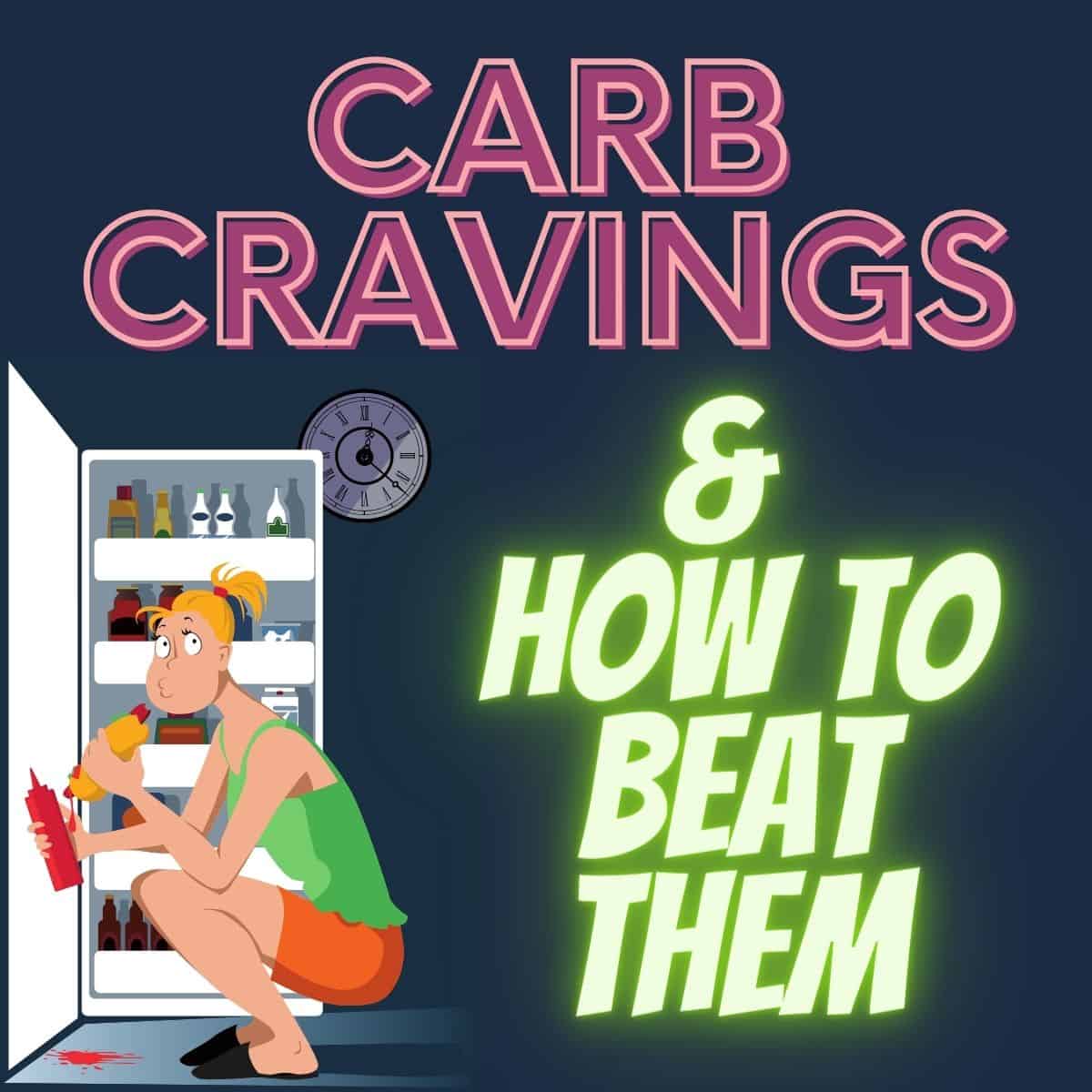 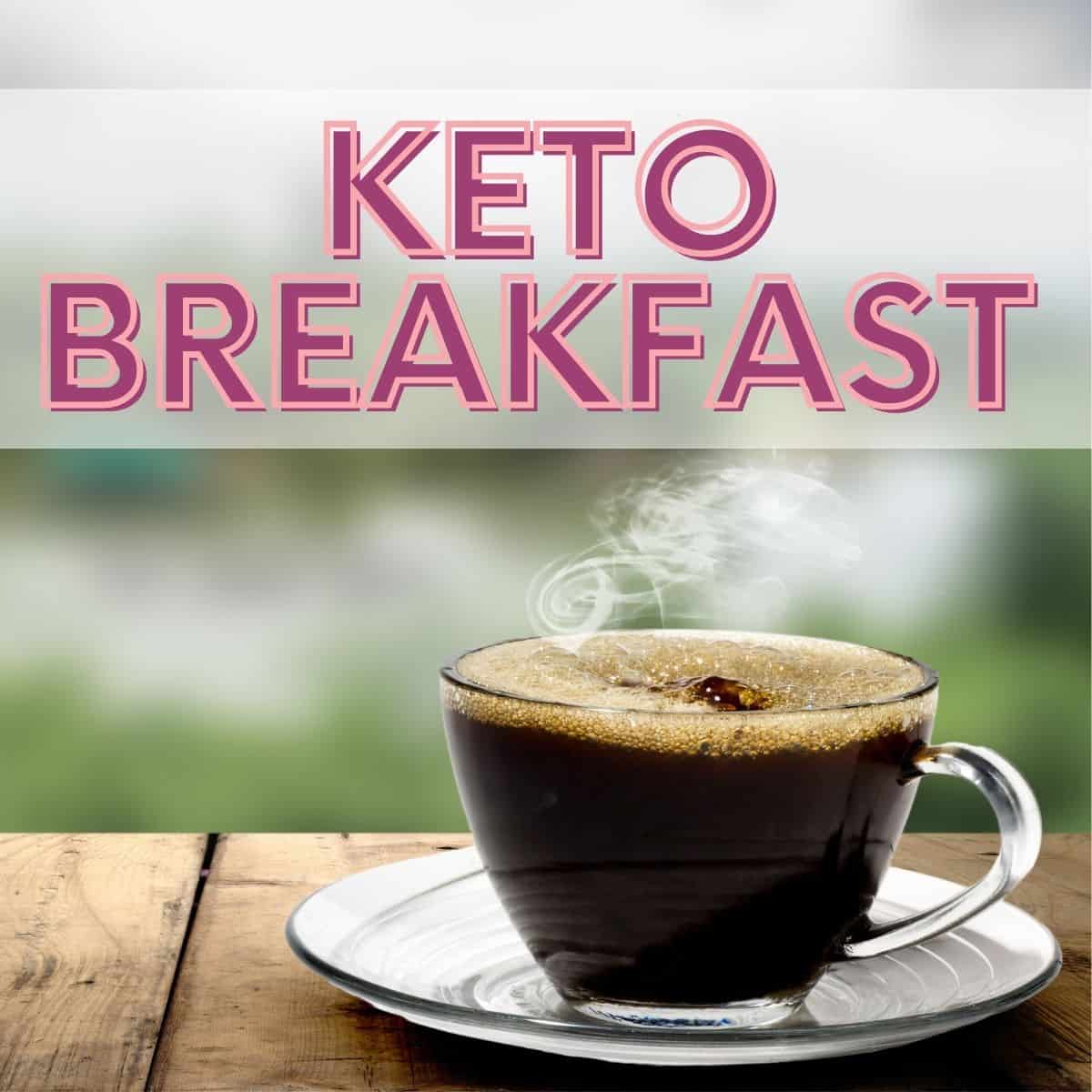